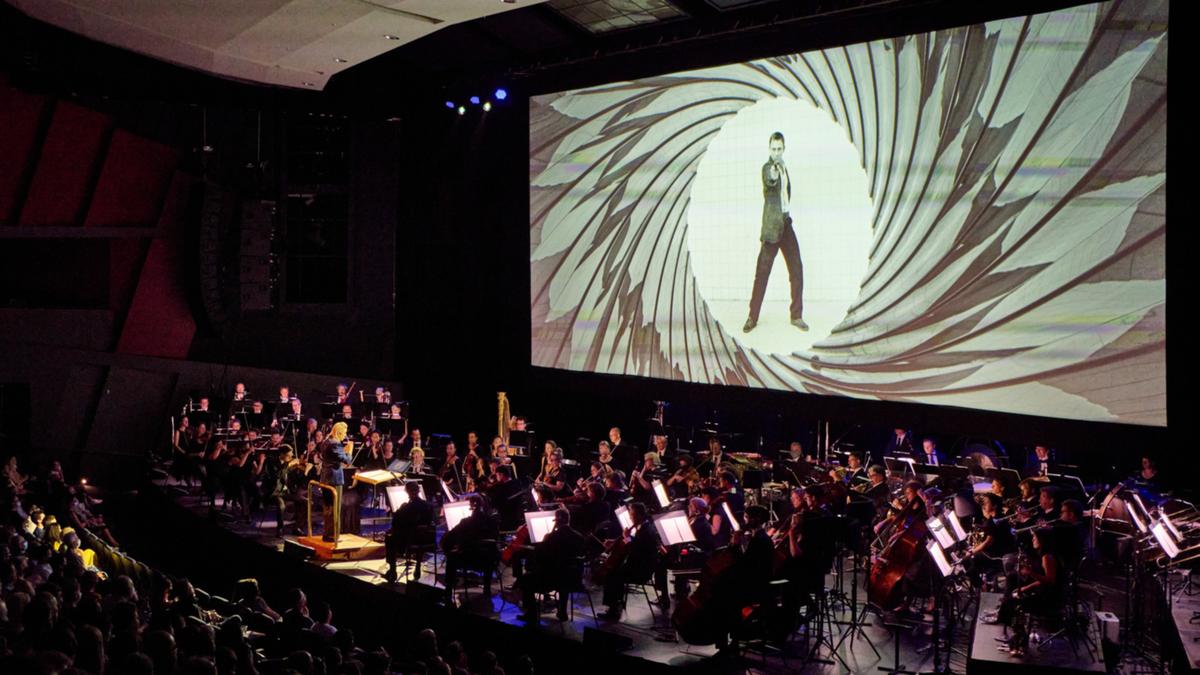 The WA Symphony Orchestra promises ‘no Q&A, just big-screen action and espionage’ when it goes on sale for its upcoming live James Bond music experience on Wednesday.

WASO will perform Thomas Newman’s award-winning score for the 2012 box office hit Skyfall as the film unfolds on a 10m screen at the Perth Conference and Convention Center in February 2023.

The promise of ‘no questions and answers’ comes after protests over the anecdotes of Australian James Bond star George Lazenby during a James Bond music program at the Perth Concert Hall last Saturday.

It also follows the successful concert version of Daniel Craig’s first Bond outing, Casino Royale, in January this year, and once again features Perth bandleader Jessica Gethin on the podium.

Craig, who recently wrapped up his 007 career with No Time To Die, returns as a celebrity secret agent with a license to kill and rock.

He faces off against former MI6 agent turned cyber-terrorist Silva (Javier Bardem) in a race to secure stolen data on every British agent.

It’s a chase that takes him from exotic Istanbul to steamy Macau, to MI6 headquarters in London and finally to his ancestral home, Skyfall Lodge, in the Scottish Highlands.

Also in 2012, Craig and the late Queen performed at the London Olympics in a spectacular helicopter flight and parachute arrival at the opening ceremony.

Skyfall in Concert will take place on 2 and 3 February 2023 at 7.30pm at the Riverside Theatre, Perth Convention & Exhibition Centre.

Tickets will go on sale to the public on Wednesday, September 21 at 9 a.m.