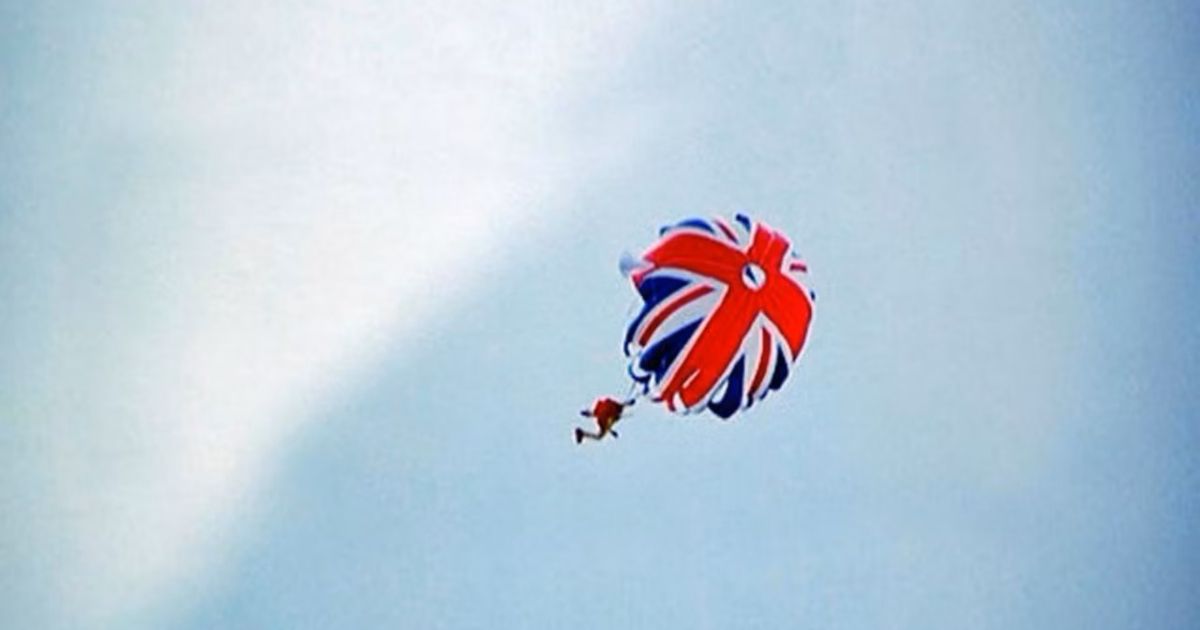 All james bond the film begins the same way. We get a little teaser, followed by the title track to some awesome visuals. These title sequences are so ingrained in what constitutes a James Bond movie that it’s almost impossible to imagine one without a visual feast of guns, girls and other colorful imagery while playing the movie. theme song. Let’s take a look at some of the best title sequences produced by the franchise.

This sequence is beautiful in its simplicity. Images of Japanese women are covered in constant shots of lava and erupting volcanoes as Japanese-style umbrellas open and reveal the names of cast and crew. That’s it for almost three minutes and every second is beautiful to watch. The reds and blacks of the lava are breathtakingly beautiful. It’s very impressive how this sequence can do so much using so little.

The most recent Bond film may have many flaws, but its title sequence was certainly not one of them. It opens with frozen statues, then blood appearing on them, which forms the Union Jack on one of the statue’s shields. Clock hands in the shape of hearts in a playing card come together, with a woman in white reaching out to a man in black and just missing reaching out to him. It’s a great visual way to show how lasting love seems to be just out of 007’s reach. Following an hourglass sucking up the Aston Martin, gunfire goes off, connecting in a double helix. It’s another great visual, making it seem like violence and death are just in Bond’s DNA. All this and we are only halfway through the sequence! There are more destroyed statues, bullets forming faces of Bond, Madeline Swann and Vesper Lynd. It’s a wonderful title sequence.

golden eye was released in 1995. The Bond film that immediately preceded it was released in 1989 and the world changed dramatically during that six-year interval, which the title sequence of Pierce Brosnan’s first outing as 007 perfectly reflects in showing the fall of the Soviet Union. There are still the usual girls and guns, but there are also falling hammers and sickles, destroyed statues of Lenin and Stalin. The Soviet Union is a relic of the past and the threats the future holds are uncertain. The final image, a literal golden eye, is just the icing on the cake of a fantastic sequence.

Bond is accidentally shot by another MI6 agent and falls into the water. A hand comes up and pulls him deeper into the water… and his past. Graveyards dominate this title sequence and the underwater effects are brilliant. Targeting Bond models, on fire, transforming into Chinese dragons (part of the film takes place in Shanghai), which are followed by a Rorschach-like effect of black and white women transforming into knives and tombstones, all leading up to a skull, the teeth of which form even more tombstones. Bond then pulls mirrors into a house; the bullet wound on him still visible. The title sequence basically gives a summary of the film, one of the best in the franchise. It’s a fantastic sequence, with all sorts of great visuals.

The opening of the film sees Bond sent to North Korea to assassinate Colonel Moon. He (apparently) succeeds in the task after Moon’s hovercraft goes over a cliff, but is captured by the North Koreans and tortured for the next 14 months, as this fantastic title sequence shows. Bond is prone to waterboarding, scorpion stings, and getting tar beaten alive. During all this, women made of fire, ice and electricity are dancing. One of his torturers is even a very attractive North Korean soldier. It’s honestly a fascinating look at Bond’s mental state. Is this how he handles torture? Imagining beautiful women instead of the horrors inflicted on him? Visually, the whole thing is fantastic. There are not many aspects die another day who deserve appearances on any sort of “Top 10 James Bond” lists, but when it comes to ranking the title sequences, die another day definitely deserves a place in the top five.

This title sequence starts out brilliantly, with Bond picking up a gun, killing a man, and switching to that classic gun barrel sequence as the song begins to play. The entire title sequence uses the playing card suits quite creatively. A man Bond fights explodes inside them after Bond wins; a rifle fires clubs instead of bullets. Crosshairs turn into roulette wheels. More fights, with suits of playing cards dripping with blood from fallen villains and forming bullet holes in their bodies. To make things even better, a seven of hearts appears, with two balls drawing double-0s into it. Then it cuts to “James Bond – 007 status confirmed” as Daniel Craig walks up to the camera. That’s enough to make you want to jump up and clap on the spot. We know his name, as Chris Cornell’s wonderful song tells us. Everything about this sequence is perfect. The film has only just begun, and from what we’ve seen so far, we know one thing for sure: The Daniel Craig era is off to a fantastic start.

The title track is “Nobody Does It Better” and the visuals for this title sequence back up that statement. Only Casino Royale is close to having a start as perfect as this, with Bond’s Union Jack parachute clutched by a woman’s hands, as Carly Simon’s incredible title track begins to play. Silhouettes of women jump against a beautiful blue background, then Roger Moore appears and points a gun at the camera. Immediately after that, a silhouetted man (clearly Moore) disarms a woman with a gun as the two embrace, with the Soviet and British flags in the background and the title onscreen. More silhouette girls are jumping in the air or doing stunts with gun barrels, while a silhouette Roger Moore continues to disarm silhouette women with guns. At one point, a line of marching Soviet female soldiers approaches good old Roger, who puts his gun away, walks up to them, and gently kicks them all over. A perfect visual display of Bond’s charm.