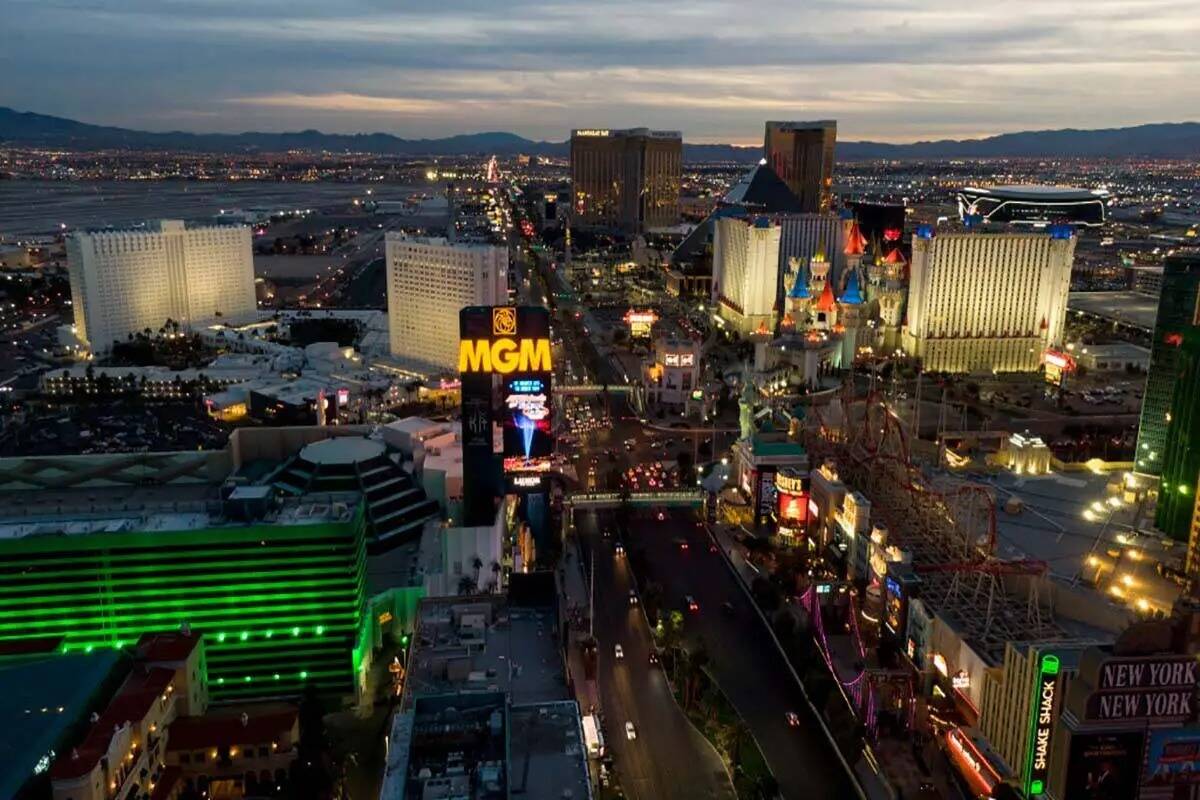 The Nevada Gaming Commission will consider barring a Las Vegas man from Nevada casinos on Thursday because of his history of assaulting women and forcing women into prostitution at Strip resorts.

The addition of Weatherspoon would be historic as it would be the first time someone has been listed for acts other than cheating at casino games or association with organized crime. If confirmed, he would become the 36th person on the list and the first since four men were placed there in November and December 2018.

A spokesperson for the Review Board gave no indication whether Weatherspoon intended to challenge the listing and whether he or a representative would attend Thursday’s hearing.

If Weatherspoon is included on the list, Nevada casinos would be responsible for preventing him from frequenting their properties.

In testimony presented to the Review Board in January, Senior Deputy Attorney General Michael Somps said Weatherspoon met two criteria for inclusion on the list: that he had a previous felony conviction in Nevada and that he “had a notorious or disreputable reputation that would harm public trust and confidence that the gaming industry is free from criminal or corrupt developments.

Somps said Weatherspoon asked women to go to Strip casinos to engage in prostitution, and that he was kicked out of at least five different Las Vegas casinos for his activities.

In one case, a Paris Las Vegas woman changed her mind about finding a client and, upon returning home, alleged Weatherspoon was there and “beat and sexually assaulted her,” according to a police report. An Uber driver called police about the attack.

Weatherspoon has 30 cases in Las Vegas court from 2000 to 2021. His criminal history in Clark County District Court began in 1996 when he pleaded guilty to a drug possession charge.

Five of the Las Vegas cases involved cocaine sales. He was charged with four impaired driving offenses in 2014 and his first violent charge, domestic battery, came to court in 2013.

In June 2021, he was charged with sex trafficking of an adult, grievous bodily harm by strangulation, sexual assault, kidnapping and burglary. A woman told police she met Weatherspoon at Casino Royale and he offered to ‘basically be your pimp’ to help her make money as a sex worker, according to the arrest report.

She tried to quit being a sex worker by running away, after Weatherspoon dropped her off at the Venetian. But he then showed up at her flat, grabbed her by the throat and choked her before raping her, she told police.

He pleaded guilty to coercion and was sentenced to probation.

In 2019, he was charged with sex trafficking of an adult, domestic battery and accepting earnings from a prostitute. The case was dismissed after six months of domestic violence counseling and community service.

At the January meeting of the Board of Control, members debated whether to take the unprecedented step of banning someone with no history of cheating at gambling or participating in organized crime.

“Initially, (it was) designed to ensure that people affiliated with the Mafia could be excluded from licensed games,” Somps told board members. “But, of course, the law is much broader than that and encompasses someone like (Weatherspoon) who is being considered today.”

Council chairman Brin Gibson said he didn’t think the council should attempt to put every convicted felon in the “Black Book”. But the board members unanimously felt they wanted to set an example when it came to prostitution and human trafficking.

“We’re not going to go out and kick every criminal out of the state,” Gibson said. “I mean, in this case, I guess for me, legal, highly regulated gambling can’t be associated with human trafficking, period, and that’s the threat to the reputation of the state. .”

In particular, the council members wanted to discourage traffickers from using casinos as a base of operations for prostitution.

The Bellagio cheaters were the latest case

Weatherspoon’s inclusion on the list would be the first in nearly 3½ years.

In November 2018, four men were considered for the list after being convicted of theft and gambling cheating in 2016 by Clark County District Court and sentenced to prison.

Commissioners placed Bellagio craps dealer Mark Branco, point guard Anthony Grant Granito and James Russell Cooper on the list when they were found guilty of cheating at the casino’s craps tables. Branco’s brother-in-law, Jeffrey Martin, was added to the list the following month after choosing to fight the designation before the commission and losing at the December hearing.

According to Cooper’s grand jury testimony, Granito or Martin were playing at a table operated by Branco and muttered something that sounded like a “hop bet” — a bet that specific numbers would come up on the next roll — and one of the dealers would pay. as if they had correctly bet on what fell.

At the time, the felt on the craps table at the Bellagio had no designated place for such bets.

Investigators who reviewed hours of game surveillance video that took place between August 2012 and July 2014 said the team challenged 452 billion to 1 to win around $1.2 million over time.