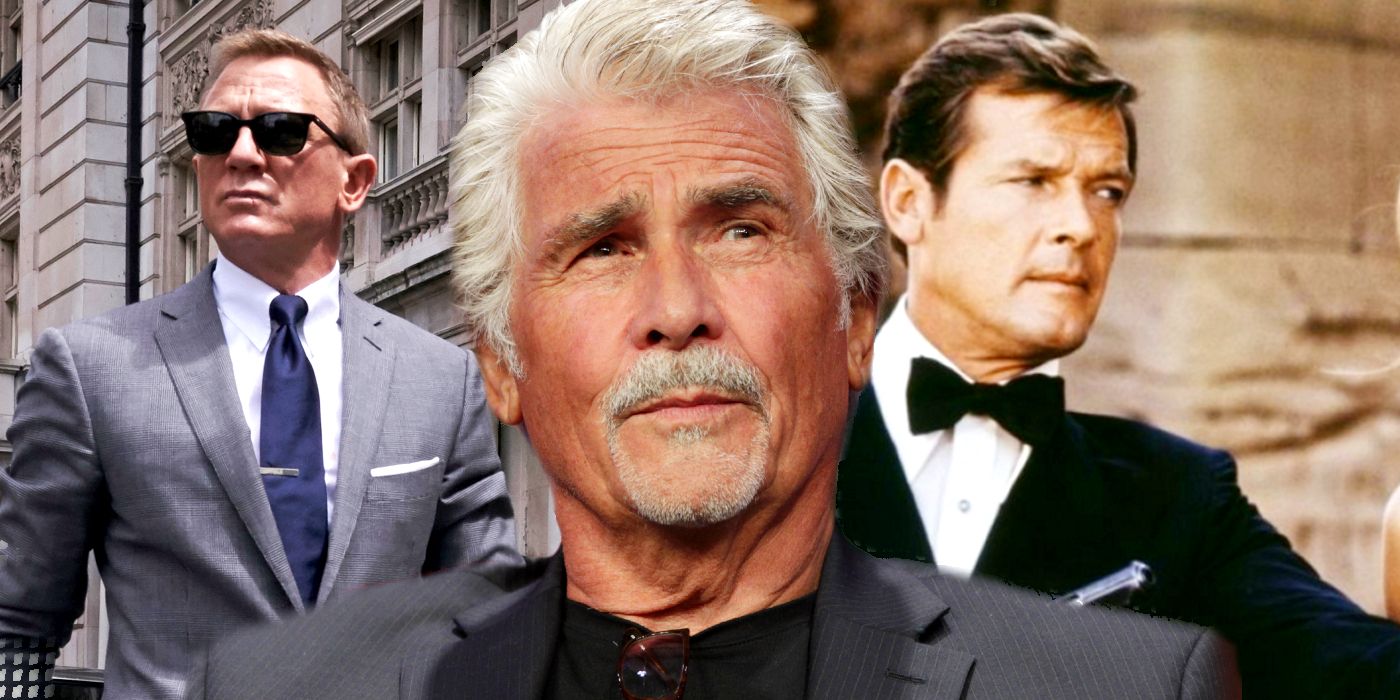 Actor James Brolin opens up about almost being cast as America’s first James Bond and reveals the unique accent the character would have had.

Actor James Brolin reveals what the world’s first American james bond accent would have looked like after narrowly missing out on the role. First released on the big screen in 1963 with Dr. Nothe james bond The franchise continues to entertain audiences around the world even now, 25 films later. The most recent film in the series, that of Cary Joji Fukunaga no time to die, was a big hit with audiences and critics, earning over $774 million at the box office. The film marked the last time Daniel Craig played 007 after he was introduced to the franchise in 2006. Casino Royale.

Although the Bond franchise has undergone many changes over the past 50 years, a number of elements are widely considered essential when it comes to a 007 film. In each incarnation, the character of Bond is a British spy working for MI6, the British government’s intelligence agency. The character frequently uses an Aston Martin sports car and often wears tight-fitting suits. James Bond’s high-tech gadgetry is a beloved aspect of the character, and it’s also customary for every 007 film to feature a “Bond girl”, a love interest for the titular super spy (although, thankfully, the franchise has evolved this trope in later installments).

Related: The Role Sean Connery Bond Would Have Played In Die Another Day

In a new interview with CinemaBlend to promote his latest film, Light yearBrolin Reveals He Almost Played James Bond After Roger Moore’s 1977 Contract Ended The Spy Who Loved Me. Before Moore finally decided to reprise the role, Brolin was in talks with Bond producer Albert “Cubby” Broccoli to be the first-ever American actor to take on the character. The talks were about deciding exactly what Bond’s accent would sound like. Check out Brolin’s full comment on Bond’s accent below:

“We had a discussion about dialect, and I said, ‘Well, you know, like a New York theater actress, you know how kind of haughty they are? I said, ‘We’ll just be somehow [Midatlantic] with that. We won’t nail it. And he said, ‘That sounds good.'”

While the actors who have played James Bond have not always been British (George Lazenby, for example, was Australian), 007 himself has always been British. The Midatlantic accent described by Brolin is an accent traditionally associated with upper-class Americans and those in the entertainment industry and is generally considered a learned English accent, blending characteristics of American and British ways of speaking. Brolin’s Bond, then, would not just be a British Bond played by an American actor, but a version of the character who is actually American, but with British sensibilities, marking a major shift in the franchise.

With the future of the Bond franchise now very much up in the air following Craig’s emotional exit from the role in no time to die, it’s entirely possible that an American version of the character will be considered again. While many consider British actors like Tom Hardy, Idris Elba and Tom Hiddleston to be favorites for the role, Dwayne Johnson, an American, also threw his hat in the ring. It remains to be seen who will be next james bond will be, but Brolin’s history suggests that the franchise’s producers have always been open to casting for the role.

Spider-Man: No Way Home missed the perfect chance to make MJ a hero

Ryan Northrup is a freelance writer for Screen Rant, MovieBozo, and Flickfeast, and a lover of all things film. Whether it’s the latest Marvel release, the hottest new Netflix series, or a small indie flick, Ryan loves the art of storytelling – and writing about it! He also strongly believes that Knowing with Nic Cage is a good movie. Follow @RyanJNorthrup on Twitter for all the latest entertainment news and more!