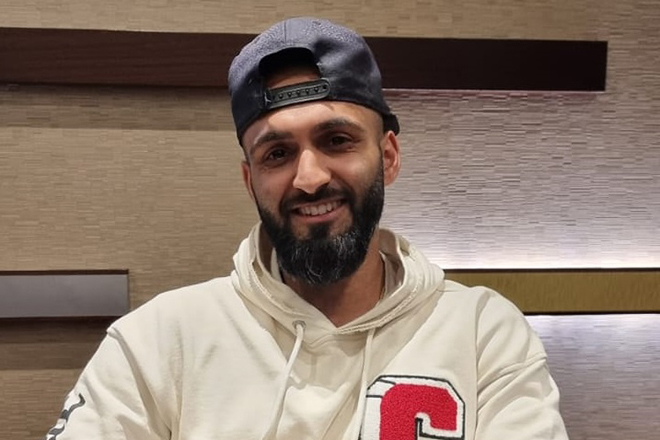 Bhavin Khatri added the GUKPT Luton Midi 2022 Main Event title to its long list of live poker tournament results. The tournament attracted 258 participants, each paying £560 to compete, and Khatri got his hands on the winner’s trophy plus £29,520 after a deal with the runner-up. Jack O’Neill.

The nine-man final table lost its first player when Yucel Eminoglu withdrew early in the proceedings. The man affectionately nicknamed ‘Mad Turk’ due to his loose and aggressive style of play, dropped to ninth for £2,530.

Moldova Constantin Erhan was the next player to head to the cashier, doing so to collect £3,030. An anonymous player called ‘RS’ joined Erhan with a ticket redeemable for £3,790.

James Mowbray saw his time at the final table cut short when he was knocked out in sixth place for £4,810, the second-highest live tally of his career. Ben Maregedzewho finished third in a £200 event in Coventry earlier this month for £14,916, came fifth and collected £6,440.

A career high of £9,360 worked its way to Arnel Casabar before Connell Parr dusted his stack in third, a finish good for £14,540. Parr’s exit left Khatri facing O’Neill, a player Khatri has crossed swords with many times. O’Neill, winner of the recent UKIPT London High Roller, and Khatri agreed an equal chop meaning both players walked away with £29,520.

Attention now turns to the £250 buy-in GUKPT Luton Mini Main Event. Day 1A ended on May 29 with 24 of the 151 attendees punching their Day 2 tickets on first request. Sonia Padovani pocketed 309,000 chips at the end of the game and currently leads the pack.

Day 1B takes place on May 30 with a turbo-structured Day 1C taking place at noon on May 31.